The Music Academy, Madras is presenting a special Lifetime Achievement Award to celebrated ghatam vidwan 'Vikku' Vinayakram at a function to be held on Oct. 10, 2018. 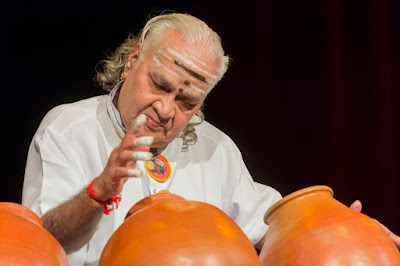 Vidwan T.H. Vinayakram, popularly known as 'Vikku' Vinayakram is a well-known percussionist from the southern part of India. He has performed alongside many veterans on the Carnatic music and Western music artists on international stages. He is also a recipient of Sangita Kala Acharya by The Music Academy earlier.

At the award ceremony, Hindustani flautist Pandit Hariprasad Chaurasia will be the chief guest and Carnatic violinist T.N. Krishnan will be the special guest.

On Oct. 10, 2018, at 6 p.m., a special percussion programme 'Guru Laya Samarpanam' is organised. The maestro will be performing with his disciples Sukanya Ramgopal, T.H.V. Umashankar, Chandrasekara Sharma, N. Guruprasad and D.V. Venkatasubramaniam on the ghatam, S. Swaminathan on the kanjira and konnakol, A. Ganesan on the morsing and G. Ganapathi on talam.

A short audio visual on the awardee will be presented at 7 p.m. followed by presentation of the award.

The event is open to all.
News