February 17, 2019
The village Mallur or Dodda Mallur as it is popularly known, is famous for Sri Ramaprameya Swamy temple. The form of Vishnu here is also known as Sri Aprameya Swamy and his consort is Aravindavalli. This temple that lies between Madduru and Channapatna on the Bangalore- Mysore Highway houses the well-known Navaneethakrishna sannidhi within the Aprameya Swamy temple complex. You will have to ask for 'Navaneetha Krishna temple' or 'Ambegalu Krishna temple' at Channapatna if you are looking for directions to this temple.

Legend has it that Lord Rama stayed here for many years and during this time, he worshipped Lord Aprameya and this the swamy has come to be known as Ramaprameya. Also, the place got the name 'Dakshina Ayodhya' for itself. The temple is said to have its history from Krutha Yuga and dates back to 3000 years. It is built in the Dravidian style with the Rajagopuram standing tall and strong. The sculptures from the Dasa Avataram adorn the sidewalls of the Raja Gopuram. Another version is that the temple was built in the 11th century by Chola emperor Rajendra Simha and was named after the invading Chola general Aprameya. 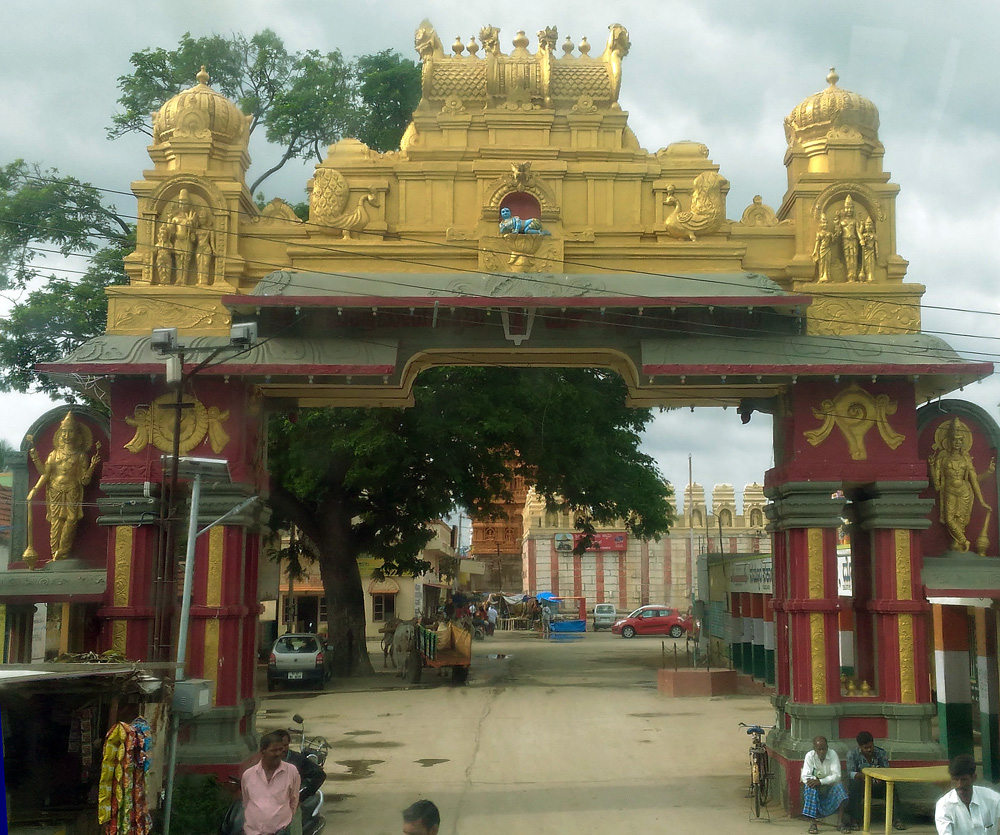 As you enter the temple from the side road, you will have to go and stand in front of the gopuram to view the beauty of the architecture. Step a little backward and the four-pillared mandapa, a structure made of stones, has beautiful carvings. This is a tribute to the composer Purandaradasa, who is believed to have composed the popular Carnatic lyrics 'Jagadoddharana' after visiting the baby Krishna, in a crawling posture inside this temple. The lyrics are engraved in Kannada in the mandapa.

The composition is about Yasoda, who played innocently with Krishna, without knowing to be the god who is the protector of the whole earth! The lines 'aNOraNIyana mahatO mahImana apramEyana  ADisidaLa yashOde' in one of the charanams has reference to the presiding deity Aprameya Swamy of this temple.

Keep going around the sanctum sanctorum in pradakshina (clockwise), you will find the sannidhi of baby Krishna, crawling and having a ball of butter in his hand, known as Ambegalu Navaneetha Krishna. Ambegalu means crawling in Kannada. Many believe that this Krishna grants the gift of children to those who come here praying for. The idol made of shiny black stone is carved beautifully with lovely ornaments on the body of baby Krishna. Purandaradasa could not have resisted composing a song on this beautiful little child. 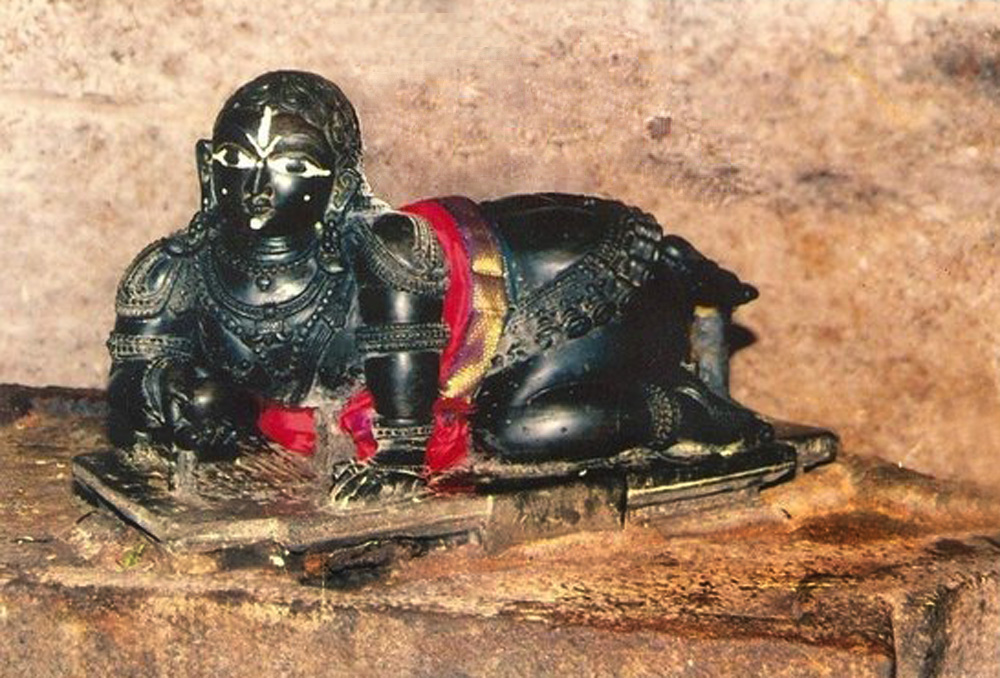 An interesting story on the origin of the name locally told has that a king named Sarangadhara was thrown into the river Nirmala (now called Kanva river) by his enemies with his hands cut. When he reached this temple through the river and prayed to the god here, he got back his hands. It is said that the village then came to be known as 'MuLaittha Oor' (MuLaittha meaning 'grew' in Tamil), then became MuLaitthur and stayed with the name MuLLur or MaLLur.


How to get there

The composition exclaims how Yashoda played with little Krishna, whom she never knew was God.

Usually sung in KApi raga and set in Adi tALA, the composition in Kannada language mentions the presiding deity of the temple Aprameyaswamy in one of the lines.