Trinity in English theatre with live music by eminent artistes 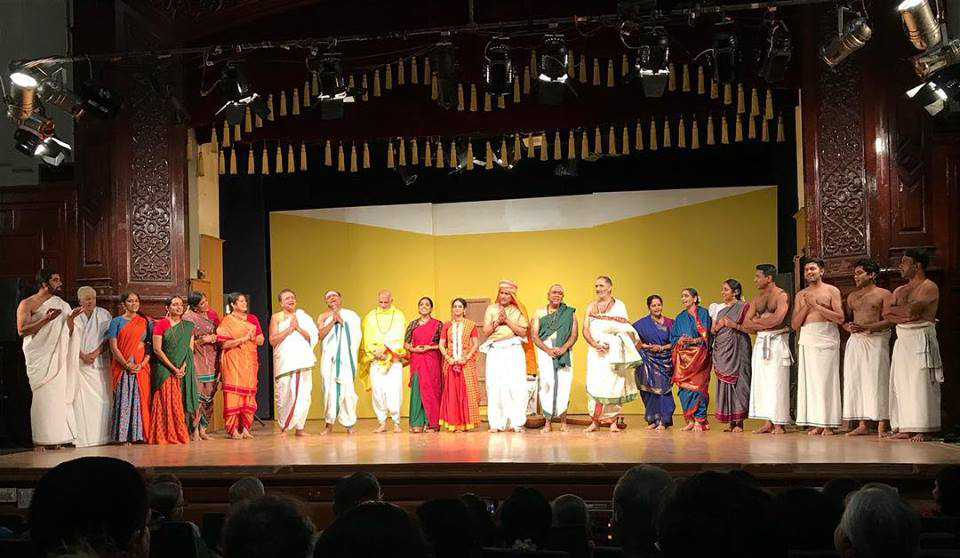 Three Tamil stories on Trinity, as imagined by writer Seetha Ravi has come alive on stage. And it is in English. In a first on English theatre, eminent musicians sing and act in Trinity, dramatised and directed by well-known theatre personality P.C. Ramakrishna.

Three short stories Shyama Krishnan, Parimala Ranganathar and Keerthi Vilasam are all imaginary incidents in the life of Shyama Sastri, Muthuswami Dikshitar and Thyagaraja and beautifully written in Tamil by Seetha Ravi was published in Kalki, a Tamil magazine widely read for its contents on art and culture. Later, Justice Prabha Sridevan translated these stories in English and published in The Hindu in 2015.

The story Shyama Krishnan revolves around Shyama Sastri's wife, whose friend says that Shyama Sastri forgets everything when he thinks of Goddess Kamakshi and feels sorry for the wife's loneliness. But, Lalitha, the wife in the story is happy that he created divine compositions and all his Swarajatis stand testimony to his bhakthi.

In this play, singer Gayathri Venkataraghavan plays the role of Lalitha and her singing the swarajati takes the audience to a different listening experience that is not of any concert. 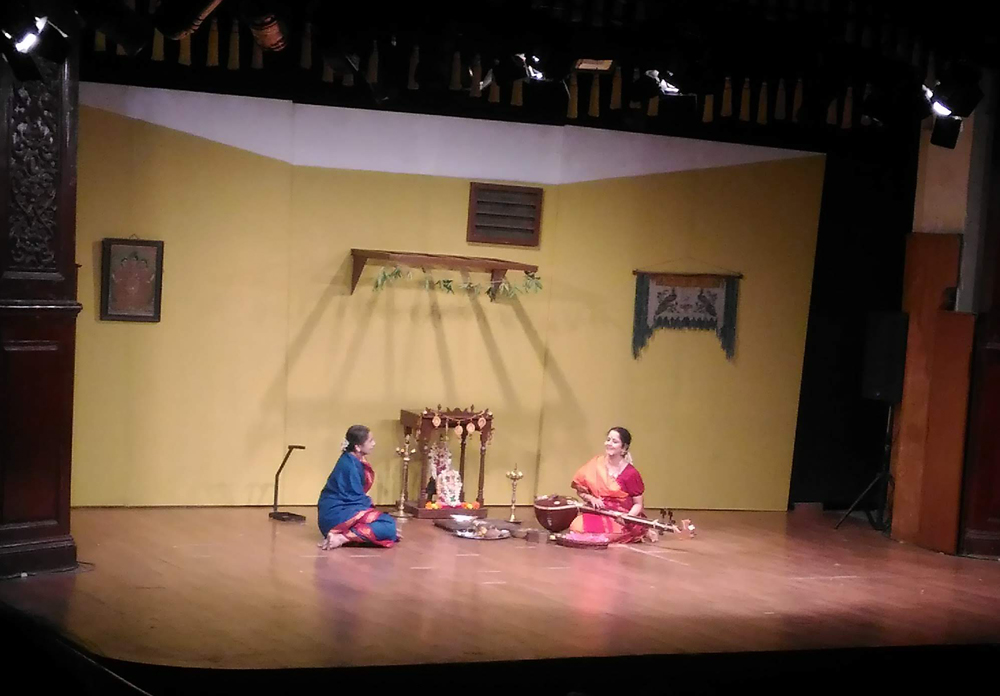 Perhaps the two versions of the composition Parimala ranganatham in Hamir Kalyani had left the writer wondering what could have made Dikshitar compose these two krithis. She imagines Dikshitar to be fulfilling the wishes of one of his disciples.

N. Vijay Siva, a multi-talented musician has played the role of Muthuswami Dikshitar and through his singing both versions of the krithi 'Parimala Ranganatham',  he touches the audience emotionally. 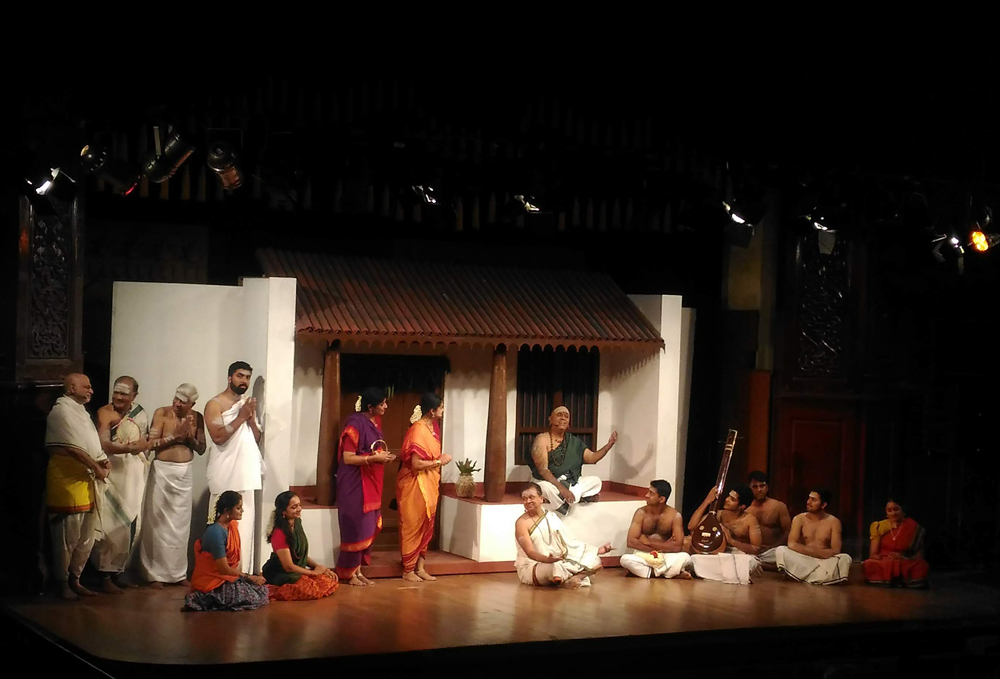 Keerthi Vilasam is another story based on Thyagaraja who answers the questions posed by his daughter Seethalakshmamma. The conversation leads to a question that the daughter has not asked, but Thyagaraja himself poses the question and answers it to.  “If everything is dedicated to The Lord why should Appa mark every song with his signature ‘Tyagaraja’? Why haven’t you asked me this question?”, he asks. The answer leaves the audience with wet eyes and a lot of respect for the composer.

Singer Dr. S. Sundar plays the role of Thyagaraja and brings out all his talents to the fore. 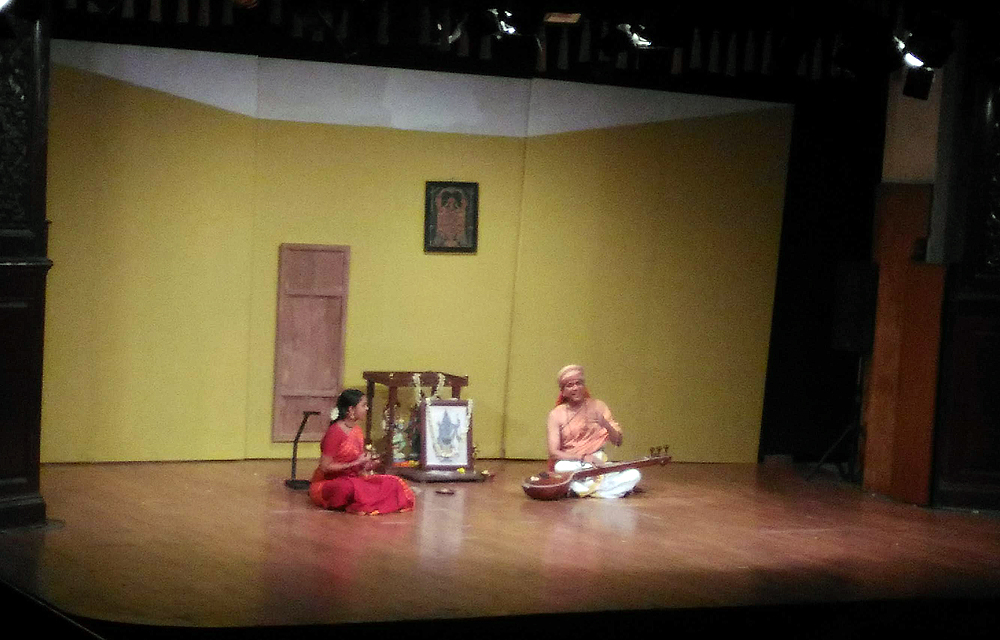 This Play was first staged at The Museum Theatre for three days on Nov. 16, 17 and 18, 2018. The overwhelming response brought this play to The Music academy to be staged on the day of Thyagaraja Aradhana at the academy on Jan. 27, 2019. All the shows ran to a full house.

The next is on Feb. 3, 2019 for Narada Gana Sabha in association with Kartik Fine Arts during their Sri Thyagaraja Festival. The show is at 6.15 and is open to all. Be early to find a seat for yourself and soak in an experience that would be unforgettable. 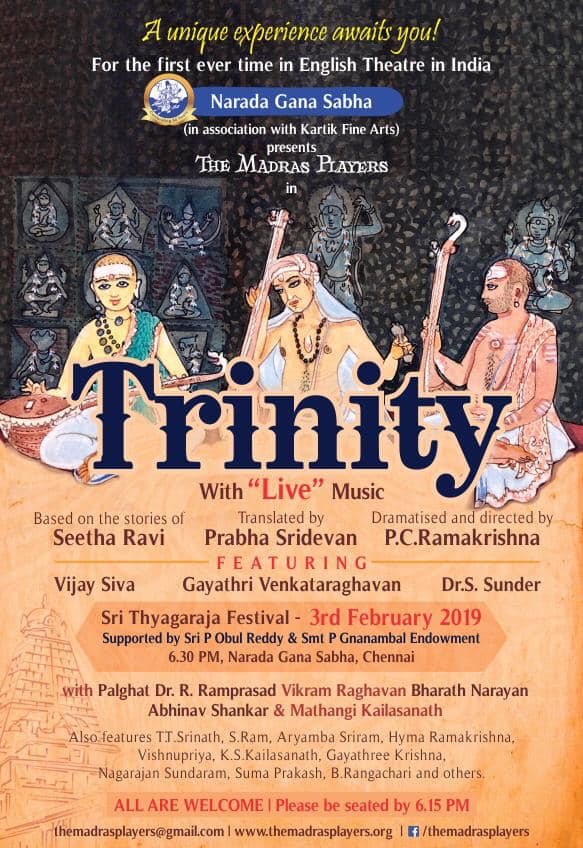