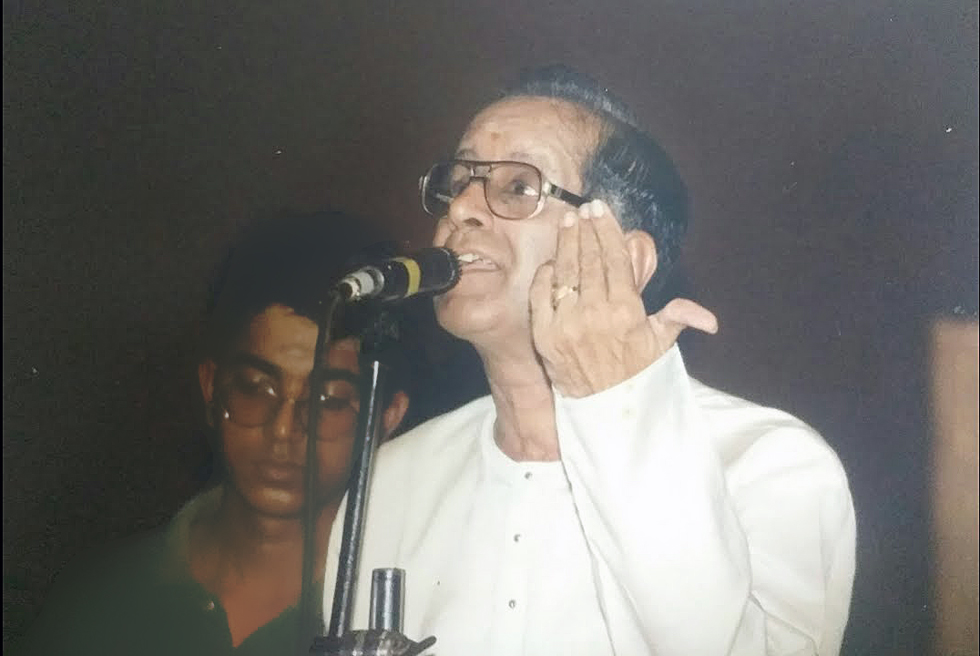 Vidwan Vaidyanathan hailed from Trissur and spend most part of his life in Mysore with stints in Chennai. While in Chennai he was a lecturer in Kalakshetra, where Mysore Vasudevacharya also served as a teacher for a long time. T.P Vaidyanathan was a A Grade artiste in All India Radio and Doordarshan. He continued to perform until recently. Last year, he presented a concert in Mysore Vasudevachar's house in Mysore.

He was also seen as a huge philanthropist who donated a large part of his earnings to music organisations and needy musicians.

Listen to T.P Vaidyanathan - Samodam chintayami in Udaya Ravichandrika. Swati Tirunal Composition. Accompanied by M. Chandrasekaran on the violin and Umayalpuram Sivaraman on the mridangam.